Organic Yacon Powder is a product that originated in South America and quickly gained superfood status. It’s made by powdering the yacon root, a tuber that tastes somewhat like a sweet apple. However, dried and powdered yacon root gives your foods and drinks sweetness and a mild flavor similar to sweet potato. This kind of natural sweetener has a low glycemic index and won’t make your blood sugar level skyrocket.
Furthermore, Organic Yacon Root Powder has sweetness, but only half the calories of regular sugar. That’s why even those who don’t have to watch their glucose levels should consider using it as a natural sweetener substitute.
The sweetness of Organic Raw Yacon Powder comes from the compound inulin. It’s a type of indigestible sugar responsible for the prebiotic properties of this superfood. Due to this sugary compound, yacon powder has a positive effect on your gut health.

How to Use Organic Yacon Powder as a Natural Sweetener

You can easily use Organic Yacon Root powder as a substitute for sugar in foods and drinks. Add it to tea, coffee, smoothies, or sprinkle onto oatmeal. It’s also possible to use yacon powdered root in baking. However, mind that it doesn’t have the same properties as sugar. It has the same texture as flour and will lose some of its sweetness in the oven.
Note that organic yacon powder will affect the flavor of everything you put it in because of the texture and mild tuber sweet potato taste. Experiment first to find out exactly how you should use it to get the flavor you like.
Please remember that powdered yacon root is lower in calories than sugar; however, it doesn’t mean you should overindulge. It’s best to limit your intake to 50-100mg of the product daily.
Store your organic raw yacon powder in an airtight container away from heat and direct sunlight. Make sure it stays dry. 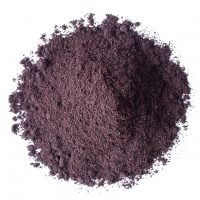 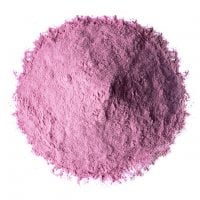 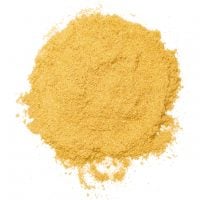