Everyone knows that some foods are just good in boosting the immunity and can give you the power to resist nasty viruses going around during the cold season. However, the majority of people rarely think that these ‘miracle workers’ go beyond citrus fruits, yogurt, garlic, and ginger. The reality is that there are many other foods that strengthen the immune system, so you really can make your health-oriented diet much more versatile. Most importantly, those products are vegan-friendly.

Top 8 Foods That Strengthen the Immune System for Vegans 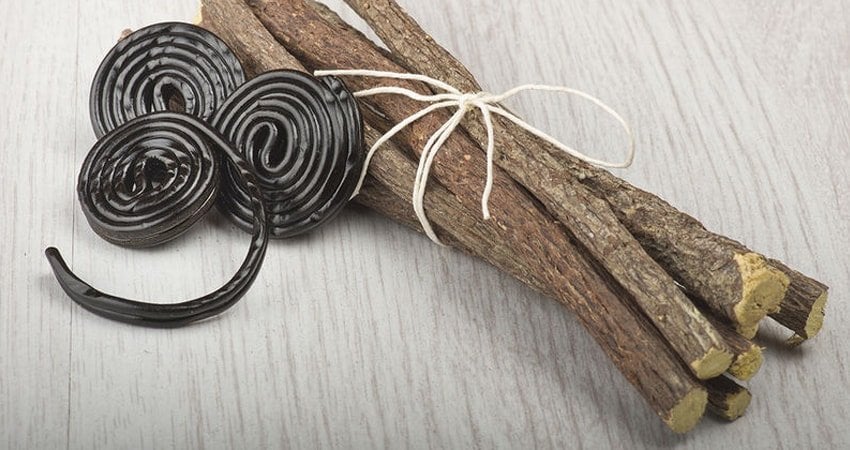 Many people have fond childhood memories of licorice sticks, but this spice is vastly underappreciated in the modern world. Centuries ago, it was a traditional herbal remedy in many countries due to its ability to fight bacteria and fungi. Of course, the advent of antibiotics reduced the practical value of using licorice as a medicine, but its effects haven’t changed.

Please note that the herb cannot be used to actually fight disease, but it can strengthen your natural resistance to some types of harmful microorganisms. You also need to be aware that most licorice products available in stores are high in sugar, so eating them isn’t good for the body. To get the benefits of the spice without those risks, you’ll need to procure pure licorice bark and use it sparingly. Consuming too much can have a variety of adverse effects, including increased blood pressure. 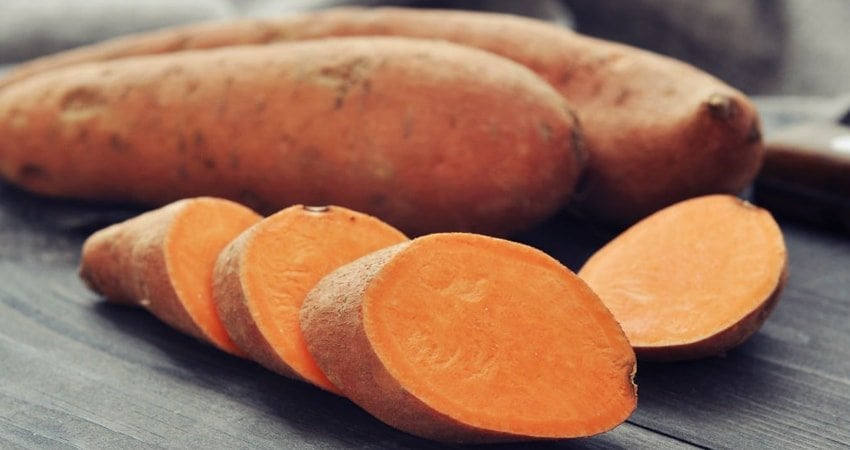 This fruit made the list of foods that strengthen the immune system due to the fact that it’s rich in vitamin A. This particular element doesn’t have some special boosting effect, like vitamin C, but its deficiency has many debilitating effects. 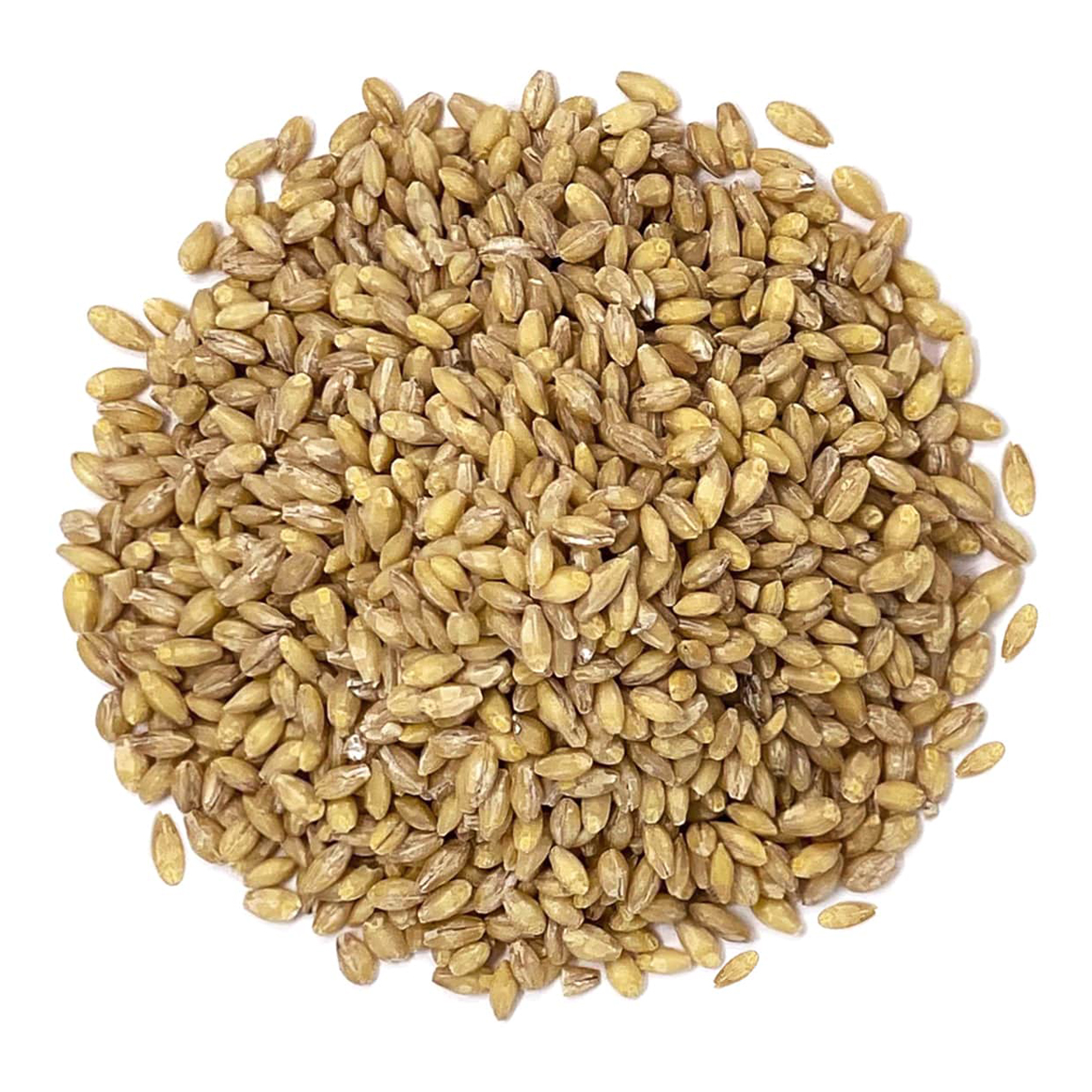 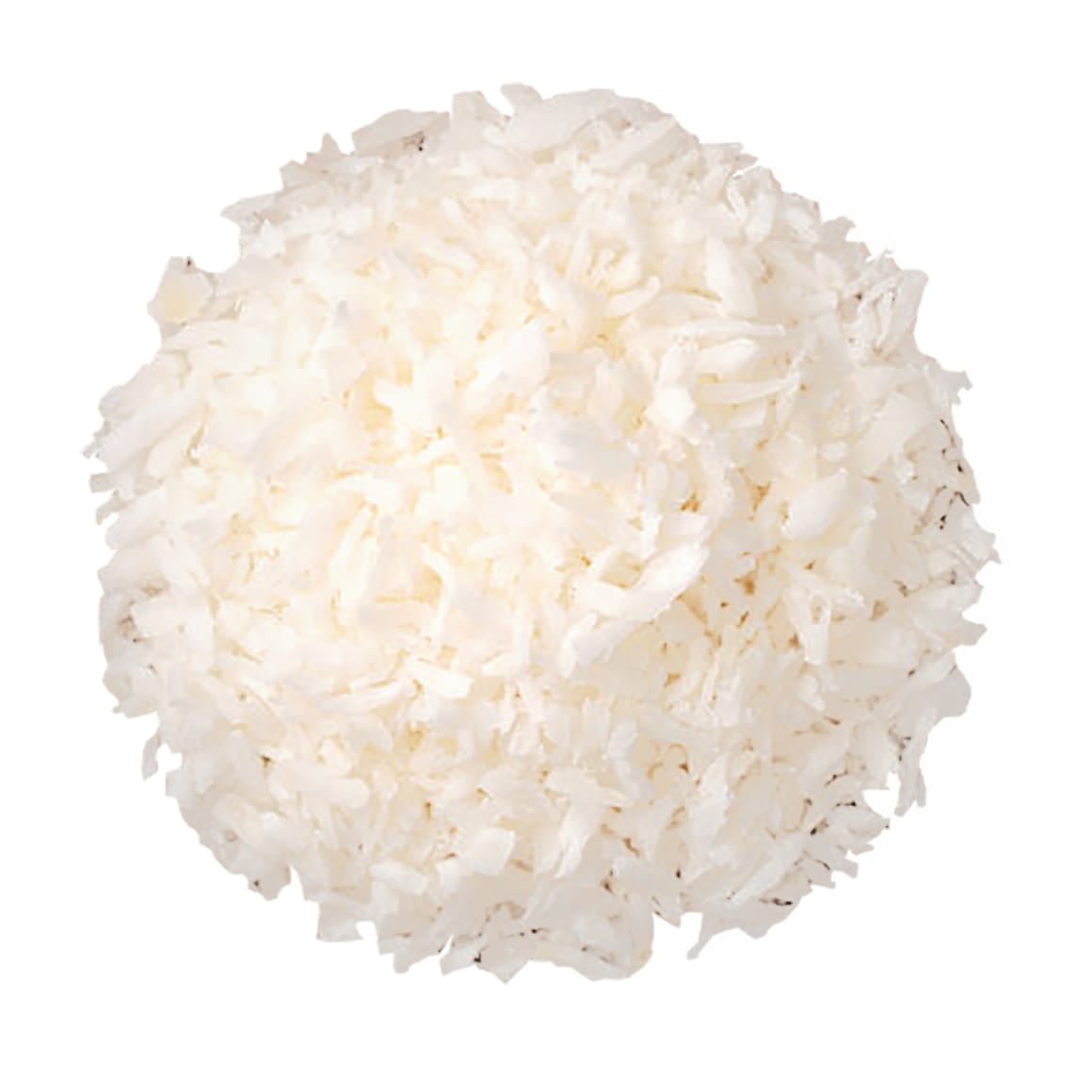 Numerous studies show the direct relationship between insufficient levels of vitamin A and immune problems, especially in children. For example, children suffering from immunity disorders are more likely to show a variety of dangerous symptoms when they are deficient in this element.

Sweet potatoes are a delicious source of vitamin A that can be incorporated into a vegan diet in many ways. Eating them regularly would help you keep the level of this immunity-controlling nutrient in check.

This is definitely one of the best immunity boosting foods because the benefits of coconuts are so numerous, it’s hard to list them all. With regards to supporting the strength of your natural defenses, this oil works by killing off some types of common viruses and bacteria.

Of course, like with any other antibacterial food, the effect is minimal and cannot cure a disease that has already taken root in the body. Its beneficial effect occurs when the nasty microorganisms have just gotten inside, so your immune system still has a chance to fight them off.

The elements that give coconut oil this kind of power are medium-chain triglycerides (MCT). Simply put, it’s a kind of fat that can fight some types of microbes. The MCT most common in this oil is lauric acid. 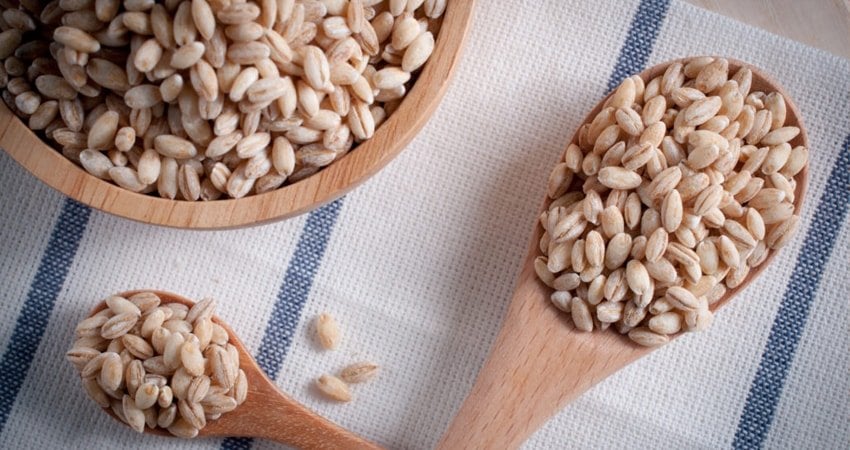 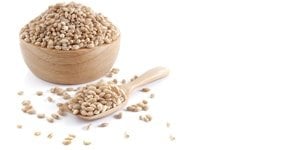 This grain takes a special place among the foods that strengthen the immune system due to beta-glucan. This element is mostly known as an antioxidant, but it’s also a potent antibacterial agent. Add the fact that barley is rich in dietary fiber, which is essential for maintaining a healthy digestion.

As over 80% of the human immune system is located in the intestines, the proper function of this specific system is vital for resisting viruses and bacteria. Beta-glucan can also be found in oats, so be sure to add them to your diet as well.

Everyone knows that mushrooms make a great vegan alternative to meat, but few people appreciate just how useful this food is. Immunity-wise, these unassuming plants stimulate the synthesis of white blood cells. These are the cells that actively fight infections that get into your blood.

Their increased number has the added benefit of making the cells more aggressive in their defensive function. The effect is so strong that some types of mushrooms are used in herbal medicine even today. The best species to include in your diet are reishi, maitake, and shiitake. 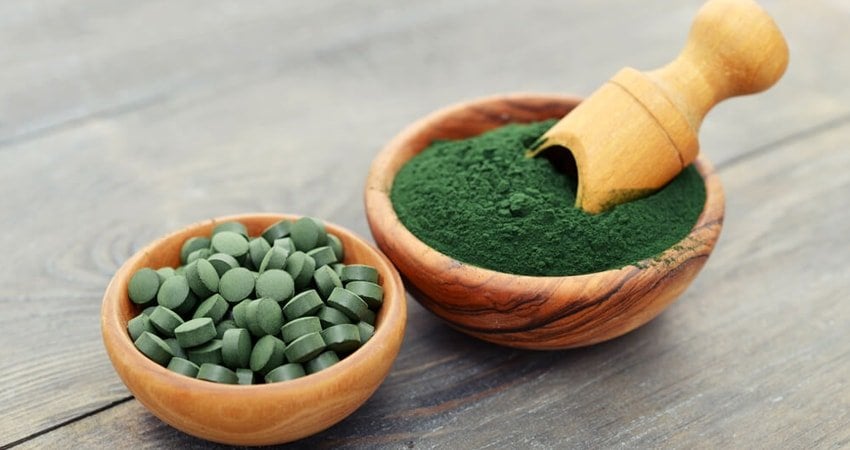 This is a type of algae that really packs a punch when it comes to benefitting your health. Not only is it an extremely potent antioxidant, it also has the ability to stimulate tissue regeneration.

The main strength of chlorella is its ability to bind toxins and flush them from your body, so you must consider including it into your detox diet. 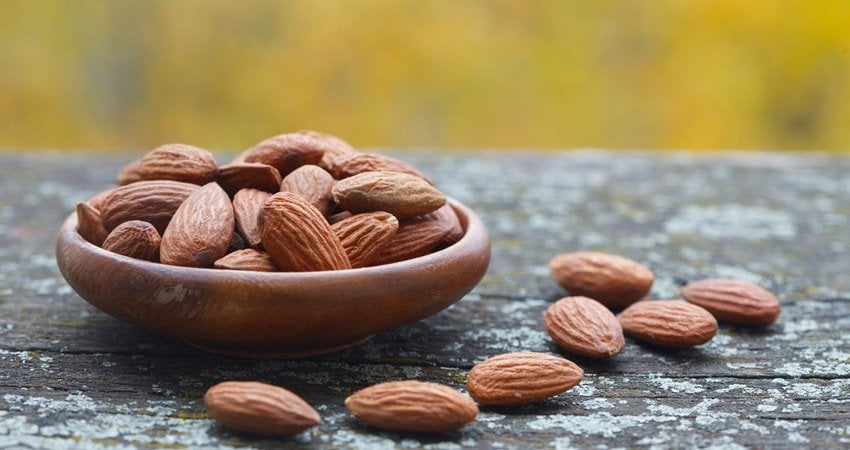 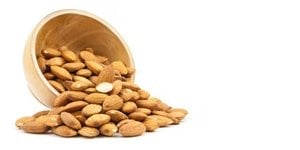 9 Things You Didn’t Know about Almonds

Like with vitamin A, the immunity boosting effects of vitamin E are often disregarded. However, this element is vital for maintaining your body’s natural defenses. It literally enhances the layer of your body’s protection against harmful elements.

One of the most important health benefits of almonds is their high content of vitamin E. As this is a fat-soluble element and the nuts contain ‘good’ fats, this is one of the best sources of this specific nutrient.

Many people think that cinnamon is nothing more than a pleasantly smelling spice, but in truth, it definitely deserves the place on the list of foods that strengthen the immune system. The spice possesses outstanding antifungal and antimicrobial properties.

It’s also a great source of volatile oils that benefit digestion and stimulate the circulatory system. In simple words, adding a pinch of cinnamon to your breakfast cereal or even coffee is a fantastic way to give your body an immunity-boosting charge in the morning. 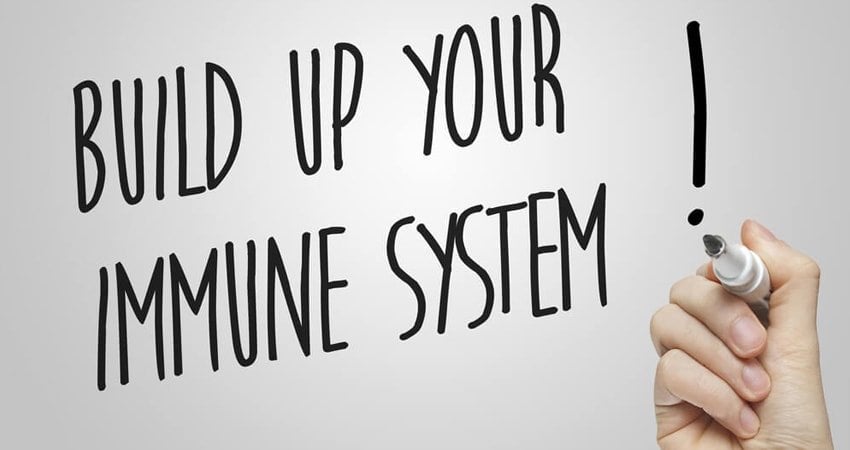 How to Enjoy the Foods That Strengthen the Immune System

Keeping your natural immunity strong is a constant process. This means that your diet must always include some foods aimed to benefit this particular system. This would help you keep your defenses up at all times. However, when the season of colds and flu approaches, you should increase your intake of them to make sure your body stays as strong as possible. 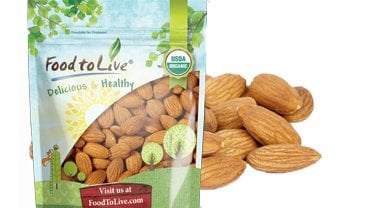 5 Best Immunity-Boosting Vitamins to Support Your Health Foods to Fight Colds: What to Eat for Faster Recovery 15 Vegan Diet Foods to Eat for Normalizing Metabolism 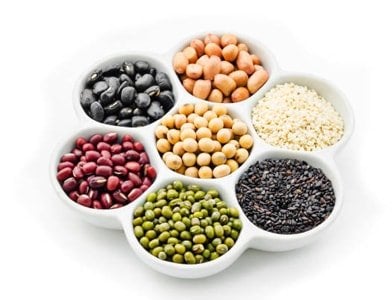 Foods That Protect You from the Effects of Air Pollution
5 Things to Eat on a Vegan Diet for Healthy Joints Beauty Diet: What to Eat for Healthy Skin Healthy Food Combinations That Work Best on a Plant Based Diet